Brian and family drove to Bentonville, Arkansas last Friday to see the new exhibit called Angels and Tomboys. Crystal Bridges‘ presentation had around 72 pieces of masterworks.  This exhibit is described by Crystal Bridges as, 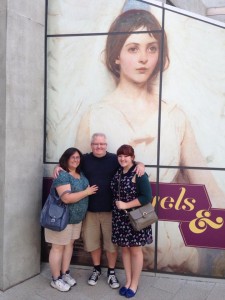 “In the aftermath of the Civil War, the American girl seemed transformed—at once more introspective and adventurous than the previous generation. Although the culture still prized the demure female child of the past, many saw a bolder type as the new, alternate ideal. Girlhood was no longer simple, and the complementary images of angel and tomboy emerged as competing visions of this new generation. For the first time, girls claimed the attention of genre artists, and girlhood itself seized the imagination of the nation. Angels and Tomboys: Girlhood in Nineteenth-Century American Art explores the myriad ways artists portrayed young girls: from the sentimental, innocent stereotype to the free-spirited individual.” 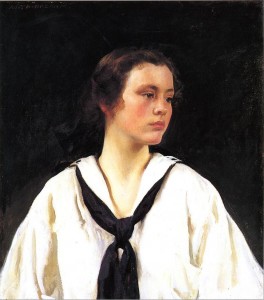